Congratulations to all Black elected officials in the 44th Federal Election

By robyn
September 24, 2021
As the federal election has passed, we reflect on the power of Black voters and our increased representation at the polls and in parliament. Though the number of political candidates across the country is a difficult number to determine, we estimate over 50 candidates have stepped forward to represent their respective ridings. We witnessed the diversity in backgrounds and opinions and stepped away from the monolithism often imposed on Black voters. This election marked a historical step in solidifying our place in politics and the undeniable power of the Black vote.
As we step into another Liberal minority government, we keep the recovery and support of Black businesses, communities and families as priority.
The onset of the pandemic has only exacerbated issues of disproportionate underrepresentation and disenfranchisement. We look towards past promises made being put into action, increased and continued investment in Black businesses and entrepreneurs. We look forward to government officials to fulfilling promises and addressing issues of economic development in our community and continue to support the efforts of community organizations like ours.
The BBPA would like to congratulate all Black elected officials (new and remaining) in the 44th Federal election and to those who campaigned but failed to win a seat. Your effort was worthwhile and we continue to watch your journey and support your efforts. Your drive and determination has inspired us all to recognize our place in the political arena.
Congratulations to all Black elected officials in the 44th Federal Election2021-09-242021-09-24https://bbpa.org/wp-content/themes/jupiter/assets/images/bboa-logo.svgBlack Business and Professional Association | The premiere destination for Black Businesses and Professionalshttps://bbpa.org/wp-content/uploads/2021/09/black-leaders.jpg200px200px
About
robyn 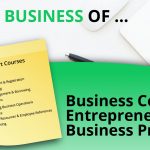 Launch of the BBPA Academy: The Business OfAmerica 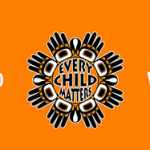