A collection from one of my favourite photographers Maxine Helfman. A stunning series called “The Historical Collection” where she rethinks the historical Flemish portraits. This time using Black people.

Helfman stages the subjects of her photos to command respect. She doesn’t place other objects in the frame, and she shoots from a slightly lower plane to place the model on high. “When you get just a little bit of a lower angle, you’re giving that person power,” she said.

Helfman shot the images in Dallas. She wanted to create historical documentation of a population that never was.

Rethinking the Flemish portrait – Helfman wants to make people think. “You’re so easily brought into these, and by the time you are, you give it some thought and ask some questions,” she said.

The “Historical Correction”
Rethinking the Flemish portrait – Helfman is influenced by the
Centuries ago, this style of portrait was strictly for the European elite — not people of color.

The Historical Collection2018-05-232018-05-29https://bbpa.org/wp-content/themes/jupiter/assets/images/bboa-logo.svgBlack Business and Professional Association | The premiere destination for Black Businesses and Professionalshttps://bbpa.org/wp-content/uploads/2016/11/maxine-helfman-historical-collection-nadine-spencer-2.png200px200px
About
Amandeep Kaur 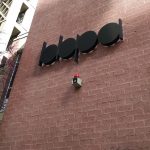