“Women need to realize that No is a sentence, and that they should never feel guilty in saying No to requests that will prevent them from achieving their goals.”

That is the mantra of Ettie Rutherford ,CEO/Founder of Women Are Worthy, the businessthrough which she providesstep-by step strategies to empower women who are striving to achieve their goals with a minimum amount of stress.

As a Transformational speaker and consultant Rutherford draws not only on  her academic expertise as Elementary School Principal, educational consultant, anti-racist program developer,  but also her lived experiences which are recounted in her much-acclaimed book , Women Are Worthy: Why Perch Like A Chick When You CanSoar like an Eagle.

Her memoir verifies her credibility as she revisits teen-age pregnancy, years of spousal abuse and the raising of four young children, as a Single mother ,while teaching gull time and eventually gaining an M.Ed. from the University of Calgary. Ettie’s wealth of knowledge and organizational skills are evident in her programs, speaking presentations and workshops. Her transformational messages , workshops and coaching enable women to build their self-esteem, identify their strengths and achieve their goals through disciplined action , effective planning and knowledge -based leadership.

Her standing as a recognized community builder is evidenced by her awards as being one of the 100 Most Accomplished Black Women in Canada, Lifetime Achievement Award from Afro-Global TV, Certificate of Appreciation from Prime Minister Brian Mulroney for her contribution to Multiculturalism in Calgary, Award from the Jamaican -Canadian Associations in Calgary and Ontario for her engagement with women , and a Certificate from Markham CityCouncil for community work in York Region :also the Kay Livingstone Award for her work with the Congress of Black Women of Canada, and a Literary Award of Excellence from Genesis Magazine GEMFM 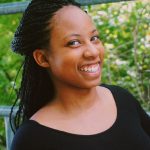 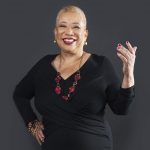