Spencer has earned a reputation as an experienced professional who accelerates strategic growth and brand visibility for clients. Through her coined “People Matter” concept, she has expanded market growth and increased revenues for various multinational enterprises by amplifying their messages to a wider audience.

Recent projects include creating Canada’s first world class food event, the Delicious Food Show, for which Spencer secured the Food Network as media sponsor in its first year. She also managed all aspects of the show’s production and strategic direction. The show was then acquired by conglomerate Informa and is now the Toronto Wine & Food Show.

Nadine has redefined every leadership position she has held, while simultaneously playing a philanthropic role across various communities. She has founded and led multiple successful businesses and served as CEO and president of both corporate and nonprofit boards. Charitable activities include the A-Supreme Foundation (President), The Junior League of Toronto (President), YWCA Montreal, Scarborough Women’s Centre (Strategic Planning Committee, Fundraising Committee), Lifelong Leadership Institute (Director), The Jane Finch PanAm Games Host Committee (Director) and Accelerating Women Entrepreneurs (Advisor). As a dedicated philanthropist and servant leader, Spencer has devoted her life’s work to battling poverty and in the advancement of women’s education.

Ms. Spencer currently serves as President/CEO of the Black Business and Professional Association (BBPA) and Director both on the York University Alumni Board and the Lifelong Leadership Institute Board.

She has been acknowledged in the recent book 100 Accomplished Black Canadian Women, and has received numerous awards including the Harry Jerome Business Award, The Dale Carnegie Highest Award in Public Speaking Award, The Brilliant Minded Women’s Organization Philanthropy Award and the Junior League of Toronto Award for Excellence.

Spencer holds a Bachelor of Arts Degree in Political Science with Honors from York University. She has participated in discussions with the White House on issues regarding anti-discrimination, equity for women and girls of color and other relevant topics related to the uplifting of marginalized people in society. 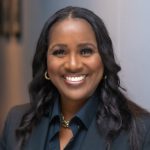 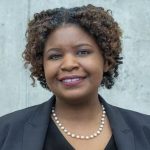