Island of Saint Kitts, Dr. Southwell made Nova Scotia his home in 1972. One of the first Black franchisees in Nova Scotia, he owned and managed various restaurants for many years before becoming the Executive Director of the African Canadian Business Development Centre.

Dr. Southwell is best known as founding CEO, what he considers to be his life’s work, – the Black Business Initiative (BBI). Unique in Canada, BBI addresses the fundamental challenges inherent to Black business owners in Nova Scotia. Retiring in 2012 after holding the position of Chief Executive Officer for 17 years, he returned in 2016 as interim CEO to help shape another twenty years of growth.

A demonstrated history of non-profit organization management, with extensive expertise in Government, business consulting, corporate governance, and strategic planning; Dr. Southwell has shepherded the creation and expansion of the hundreds of Black-owned businesses; he champions the employing of Black entrepreneurial participation in community economic development strategies.

Dr. Southwell has helped build communities through his involvement with the Black Cultural Centre, as the co-Chair of the African heritage Month Committee, and as the first Chair of Hope Blooms Youth Ventures Inc. Dr. Southwell has served on many Boards: the Halifax Chamber of Commerce, the Waterfront Development Corporation, and the United Way Halifax; and is currently a member of the Board of Governors of Nova Scotia Community College (NSCC), Black loyalist Heritage Society, and the Community Consultative Committee of the Halifax Stanfield International Airport Authority (HSIAA).
A recipient of numerous prestigious accolades, Dr. Southwell was awarded the Queen Elizabeth II Diamond Jubilee Medal; was recognized with his wife by Family SOS as 2019 “Courage to Give Back” Ambassadors and by the Black Business and Professional Association of Canada; and received an Honorary Degree, Doctor of Laws (honoris causa, Dalhousie University), a Doctorate of Civil Laws (honoris causa, Saint Mary’s University); and an Honorary Diploma (NSCC).

He lives in Bedford with his wife Gracey, they have two adult sons. 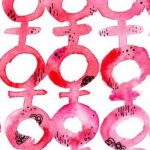