As a native Albertan, Sam has speed. He’s represented Canada at 3 World Championships, 3 World University Games and most recently – the 2018 Commonwealth Games. As a 2-time Canadian Champion in the 100m, Sam has an innate enthusiasm for sport, marketing, and the Olympic movement.

But it doesn’t stop there. In 2019 he was cast on The Amazing Race Canada Season 7, where he inspired audiences with stories of injury, resilience and the hunger to be Canada’s fastest once again. Being selected for Canada’s #1 watched reality TV show – and placing second – is a testament to his marketability, strong storytelling talents and drive to win in some of the shows toughest challenges.

On the corporate side, Sam has a passion for sports advertising, loves to speak and is driven when it comes to sponsorship and community development projects. At RBC, Sam works at head office in Brand Marketing, managing 18 Olympic athletes across the country. He’s also worked behind the scenes on sponsorship campaigns like The World Junior Hockey Championships, The Winter Olympics, WEDay and RBC Training Ground. As a 2020 Olympic hopeful while working in corporate – and excelling, Sam provides a unique perspective unseen in today’s industries. 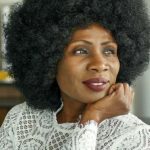 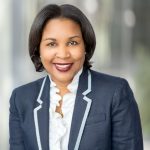