Sandra Whiting has been at the epicentre of activity and change in Toronto’s African Canadian community for many years. She has worked with among others, The Black Business & Professional Association, as President and Board member; Chaired the Walk Good Walkathon at the Jamaican Canadian Association, Chaired the Women of Distinction Awards at the YWCA, Chaired the Fundraising Committee at Factory Theatre, Chaired the Obsidian Theatre Board, was a board member of The Caribbean Cultural Committee, Board member of the Metro Convention Centre and many more organizations over the years as Board member and/or Volunteer for the JCA & OBHS among others.

She is now President of PACE Canada, an organization supporting Early Childhood Education projects in Jamaica and Canada and V.P of Culchaworks (an arts organization.

She is also a well known M.C and storyteller, and uses the arts as a vehicle for change.

Sandra has told her tales on radio and television, spoken at hundreds of schools to thousands of children, at libraries, events and prisons.

She is also a talented MC for local events spanning from brunches to larger special events and has used her talents in the Arts to make contributions as a writer for Share, Contrast and Excellence magazine, a performance artist, actor, storyteller, inspirational speaker, and most recently as an Event Programmer at Toronto’s Harbourfront Centre.
She for example conceived Kuumba,-the longest running Black History (African Heritage) programme at a major cultural institurion in the city.

She was awarded the Harry Jerome Award for Community Leadership, has received the JCA Community Award, Pace Canada Pacesetter Award; Community Service awards from JN & the Gleaner Company and was featured on the 2016 Black History Month Legacy poster as well as being named as one of the 100 ABC Women (Accomplished Black Canadian Women of 2016).
She also has her name on a Bench of prominent African Canadian at Harbourfront Centre for her work in the Cultural arts sector.

Sandra is also a court interpreter for Jamaican Patois/Creole and got her credentials from the Ministry of Attorney General in 2017.

Whiting’s success can be attributed to her strong desire to work for her community and her willingness to motivate others to give back as well. 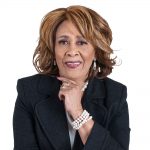 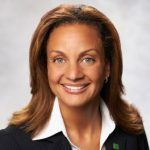