Actress, writer, and producer Sheronna Osbourne is an award winning, multifaceted artist whose passions have enabled her to move easily in front of and behind the camera. Osbourne is Vice President of award-wining Crossfield House Productions (CHP); a black owned, production company that uses theatrical arts and film to bring dynamic stories to life. As Vice President, Osbourne ensures that the creative needs of each project is met while also meeting critical deadlines and budgets. As one third of the writing team at CHP, Osbourne has already co-written and produced her first film titled “A Little White Lie” which premiered to a sold out audience in November 2019. Most recently, CHP’s latest theatrical piece called “Ninety Four”, debuted at the Harbourfront Centre as part of the Kuumba 25th Festival, the longest Black History Month festival in Toronto. Her second short film, RONi has been selected for the Toronto Short Film Festival and will debut on the festival’s opening night.

In addition to the many hats Osbourne wears, one of her most coveted job titles is “Head Costume Designer and Creative Director” at Crossfield House Productions where she channels her work as a Costume Buyer for the IATSE film union in Toronto. Some of her costume work can be found on shows like “Designated Survivor”, “Grand Army”, “Salt n’ Pepa” and most recently in the upcoming feature film “Flint Strong”. As an actress, Osbourne has worked on campaigns with global companies such as Netflix, Google, Walmart, & Tazo Tea and has performed in festivals in Accra, Ghana and Washington, DC.

Outside of CHP, Osbourne serves as a Mentor for the Ada Slaight Youth Arts Mentorship Program in Toronto where she assists young artists in defining their passions and mapping out their artistic careers. Osbourne is a host of the popular bi-weekly podcast “Behind Tha Stage” where she shares her journey on navigating the entertainment industry and has appeared on CP24, SirusXM, and Vibe 105.5 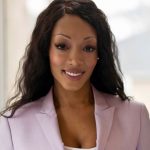 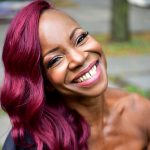