“Fashion saved my life! It allowed me to express myself when I had trouble expressing myself verbally”

Janielle Mckoy is a Dyslexic visual display artist and wardrobe consultant for film and television. After failing college 4 times, Janielle felt compelled to give school one last try. During her first week of college, she went to speak to a guidance councilors and from there, she was diagnosed with Dyselxia.

She is known for her effortless take on style and let’s her clothes tell a story. Having immersed herself in fashion styling for 15 years, Janielle is known as one of the most influential forces working in fashion today.

Dyslexia didn’t stop Janielle from being nominated for Valedictorian for her work in fashion at George Brown College. It certainly didn’t prevent her from moving to New York and interning at BET as a stylist for the popular 106 & Park, then building on those opportunities to work directly with actors and popstars. When Janielle came back to Canada, she took her styling talents to the film industry and worked on set for movies like Robocop and TV shows such as Suits. Today, she is a luxury freelance merchandiser/display artist.

Changing Course
Janielle has built a career based on determination and perseverance. For 6 years, she has turned her passion for fashion and youth into a platform to help others who endure forms of learning disabilities. She wants to show how clothing can be a way of expression like how it was for her. Specifically, Janielle’s goal now is to empower youth and adults so they can pave their own path to accomplishment while overcoming obstacles.

What Janielle Can Offer

Through fashion, Janielle made her clothes speak for her when she was scared to do so. Now, she wants to be the one to instill confidence in those who feel fear or insecurity in expressing themselves verbally.

Janielle can customize her speeches or workshops to meet any time or audience specifications. 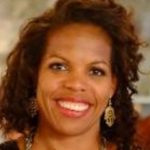 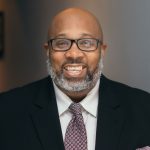