Takara Small is an award-winning entrepreneur and journalist.

She’s the technology columnist for CBC’s Metro Morning (Canada’s #1 morning radio show) and on-air expert for a variety of the broadcaster’s shows, like CBC News, The National and more. She is the host/producer for the Globe and Mail podcast I’ll Go First, which was rated the #1 technology podcast in Canada by Apple Canada and previously the contributing editor for Fortune magazine. Over the years her award-winning work has appeared in numerous outlets, which include the BBC, Toronto Star, Refinery29, Flare magazine, Mic, and more.

As a sought-after public speaker, she’s often invited to share her thoughts about entrepreneurship and technology with global audiences around the world at events such as, Collision, Elevate, Social Media Week, DisruptionByDesign, the Economic Club of Canada and more.

The technology leader is also the founder and executive director of VentureKids Canada, a nonprofit that provides free coding classes and startup workshops to youth living in underserved communities. Since launching the organization, VentureKids has been recognized internationally and worked with community-focused groups like Toronto Community Housing Corporation (Canada’s largest public housing agency) and Toronto Public Library (Canada’s largest public library system) to create inclusive opportunities for black and underrepresented youth from across the country 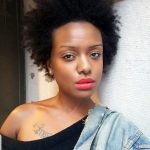 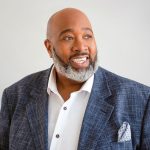