A solemn day for remembrance and reflection TRC Day (September 30)

Thursday, September 30th marks the first national recognition for Truth and Reconciliation, a new statutory holiday passed by the federal government. Bill C-5 (June 2021) is meant for Canadians to remember the tragedies in residential schools and honour those who did not return home. Orange Shirt Day serves to commemorate the thousands of First Nations, Metis and Inuit children who were forced to part from their families, communities and culture to attend residentials schools. The recent discovery of more than 1,300 graves at the sites of four former residential schools in western Canada has again negatively impacted Indigenous people and has rippled through the wider Canadian population. For decades, Indigenous people have insisted and advocated for residential grounds to be searched for their family members who were sent to residentials schools and never returned, to no avail until recent access to technology gave rise to detection of mass unmarked graves of children.

In 2008, the Truth and Reconciliation Commission of Canada (TRC) was created through a legal settlement between Residential Schools Survivors, the Assembly of First Nations, Inuit representatives and the parties responsible for creation and operation of the schools: the federal government and the church bodies (National Centre for Truth and Reconciliation, University of Manitoba).

The TRC conducted extensive and exhaustive research, which included hearing from Residential Survivors, their families, community members and others. National events across the country hosted safe spaces for Survivors, and their families to share their stories and the impact residential schools have had on their quality of life. In the TRC’s final report, they outlined 94 Calls to Action (2015) which included a call upon the federal, provincial, territorial and municipal governments, churches and Aboriginal communities to implement strategies and procedures for the “ongoing identification, documentation, maintenance, commemoration and protection of residential school cemeteries or other sites at which residential school children were buried” (TRC, Calls to Action, p.8).

Though the search for Indigenous children continues across the country at former residential school grounds, we continue to honour the lives lost and uplift those who live on by recognizing the importance of fulfilling the 94 calls to action. The holiday will be observed by Federal offices as well as banks. Orange Shirt Day was started by Phyllis (Jack) Webstad, who was sent to a residential school on or around September 30th in an orange shirt bought by her grandmother for her first day and was taken from her. To remember the Indigenous children like Phyllis, Canadians are encouraged to wear orange to commemorate the lives of those who have been impacted.

A solemn day for remembrance and reflection TRC Day (September 30)2021-09-242022-04-26https://bbpa.org/wp-content/themes/jupiter/assets/images/bboa-logo.svgBlack Business and Professional Association | The premiere destination for Black Businesses and Professionalshttps://bbpa.org/wp-content/uploads/2021/09/orange-shirt-day-730-365-e1632510977712.png200px200px
About
robyn 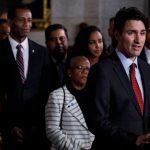 Congratulations to all Black elected officials in the 44th Federal ElectionAmerica 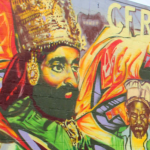